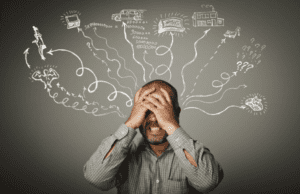 So often we become aware of a problem, or a business issue, or having the wrong employee in a role, or some other business mistake. For some unknown reason we put off dealing with the issue in the moment that we become aware of it. In hindsight we can all clearly see that when in previous times when we’ve waited to handle these issues, things got worse. We all know this and we know what to do about it.  In each case it seems that the issue got exacerbated. Did we think it would resolve on its own?  No of course not. It never does. Never.  So why do we wait?  What does it take to deal with something with a sense of urgency?

Everyone knows that when you deal with the issue completely, it gets resolved and you feel better. You lighten up ~ freedom of expression returns, integrity is restored, taking actions becomes easier, the alignment of action is restored.  Things start working again, when the company’s core values are alive and well again.

Awhile back I made a big mistake in hiring someone ~ I hired the wrong person. The mistake I made was not following the process I have in place for successful hiring.  Because I knew the person, I made an exception to what I know works and didn’t follow our process as we’d been friends for many years.  It was a very costly mistake ~ it cost a six-figure dollar amount of salary and well over a year’s worth of productivity in our firm. Worse ~ it cost me, and the people in our firm our freedom, our creativity, and our time. In my weak attempts to deal with the issue by doing anything other than what I knew I had to do, I was literally avoiding dealing with it and not communicating about it.  This is the opposite of the design of our company’s culture and I know better. The impact of tolerating this became pervasive. And even though I knew, and the employee knew, I had made a really bad choice, I couldn’t seem to let it go. I kept hoping it would correct itself; trying to fix a situation that would never work.  At the time I didn’t realize how much I had begun to accommodate the person’s poor work habits. After some time, I began to notice that there was cloudiness in the firm (a lack integrity). It was affecting others in a negative way. Having things work began to take an enormous effort.

Jack Welch, who was the CEO of General Electric, ran the most successful company in the world at one time. Welch classified managers in four “types”.

Type I: this person shares our values; makes the numbers—sky’s the limit.

Type III: shares the values; misses the numbers—typically, another chance, or two.

Type IV: is the toughest call of all. This is the manager who doesn’t share the values, but delivers the numbers; the “go-to” manager, the hammer, who delivers the bacon but does it on the backs of other people, often “kissing up and kicking down” during the process.

At some point I became aware that the person I had hired fit Welch’s Type II description of a manager ~ they didn’t share the values, and they weren’t producing results.  The person seemed to operate with an entitlement mentality ~ “what’s in it for me” or “what’s the minimum I can do” seemed to drive their actions.  Once I acknowledged the truth about the situation, my choice was clear. They had to go. But it took me awhile to take action.  BIG MISTAKE.

So what is it that keeps us from acting now and making the tough decisions? Maybe what’s at play here is hope ~ the imaginary lure that something might intervene without our efforts ~ that the problem will solve itself.  You and I both know that that’s not going to happen.  What is required is powerful and decisive action.

Running a successful business requires making tough decisions. Effective action takes honesty and courage. It’s usually uncomfortable.  It’s usually hard to do. But that’s what it takes. I once heard that Colin Powell said that “Bad news is not like wine ~ it doesn’t get better with age.”

Make the tough decision – TAKE ACTION. You’ll be glad you did it.