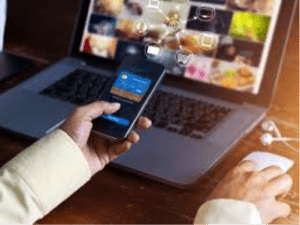 I’ll bet if you’re like me you try to get the important things done first. They seem important because there’s usually a benefit for getting them done or some kind of pain for not getting them done. So in one sense they occur like they have to be done. However, we often don’t relate to things on our plate with any sense of urgency. In fact, we often procrastinate particularly about the things we don’t want to confront.

Being effective at producing results is directly correlated to the speed with which we move things into action and get them complete. It has been said that power is defined by the rate at which you translate intention into reality. A person’s power is a function of being able to produce results with velocity. To do that, the task has to exist in time. Here’s something I’ve learned that I have burned into my DNA and it has changed everything: “if it’s not on the calendar, it doesn’t exist and it’s not going to happen.

There is an obvious benefit for getting things done and acting with priorities, so why don’t we approach things this way? There are three things that account for our tendency to put things off. The first is having no sense of urgency. Certainly there are challenges that happen in life that we resolve with speed. However, usually those things often have some kind of consequence attached and the pain of not doing it occurs as greater than doing it ~ so we act. Absent the external consequence we often don’t act with a sense of urgency. Secondly we fall in the trap of “someday”. You know those things that we’ll get to later. We put those things on the list of what there is “to do” and that keeps them in existence, but they exist only on the list ~ not as if they will actually get our attention for action. We don’t have time for those things now. We may never get to those things, in fact. And thirdly, complacency which stops us from taking any action. There are many situations in our lives to which we have become numb. We’ve learned to tolerate those things. We’ve developed an ability to live with those things ~ even those things that initially we would never tolerate. We have become complacent.

There’s an interesting metaphor about a frog and a person. If you put a frog in a pot of boiling water it will jump out of that water immediately. But if you put a frog in a pot of cold water and then turn the burner on and slowly increase the flame to heat the water up the frog will boil to death. It will keep adjusting to the ever slight increases in temperature which will eventually kill the frog. People are sometimes like those frogs. We will allow ourselves to adapt to and tolerate things that don’t work even when the consequences are dire.

Most people divide their tasks into two categories. One, what’s important, and two, what’s not important. Ideally, they go to work on the ones they’ve decided are important and pay less attention to the unimportant tasks. Consider the possibility that there is a third category. It’s a category that most of us don’t think about because it’s not “important”. We call that category “what makes a difference”. The items that fit in that third category may not even fit into important or not important. However, they are distinct and make a big difference. Here’s an example ~ The other day I received a communication from one of our clients that was an internal document that she had cc’ed me on so that I was aware of what was going on in their company. It was about the company’s core values. She didn’t ask for any feedback about it. But after I read the document, I realized that there were things that I might be able to say about it that would make a difference. I asked her if she was interested in and willing to discuss the document. She responded immediately with an unquestionable “yes”. We had the conversation and I shared what I noticed about the document and how it landed for me I shared what I thought would make a difference in the document and made some suggestions on how to make it better. She loved what I suggested and we produced a second version of the document which then led to a third version that she is very happy with. The day after our call she sent me a note thanking me for having the conversation and told me it was very valuable and had opened up her thinking to take action on something that would elevate that area or the organization to a new level. Clearly, my input came from that third category ~ the “what makes a difference category”. Maybe the “what makes a difference category” is the most important of all.