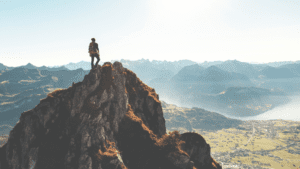 Most people don’t think about what it takes to be extraordinary; they consider themselves normal which translates to “ordinary”. Who doesn’t want to be normal? Interestingly, many people struggle with the notion of living up to their potential. If asked, most people would likely say they have not lived up to their potential. What is one’s potential? It’s what you envision for yourself in the future to accomplish and to be. What if one’s potential is to be “extraordinary” as in being an extraordinary human being? Can we accomplish that kind of living our lives or are we so engrained in notions about ourselves and self-imposed restrictions that it gets in our way of success?

Perhaps “extraordinary” is limited by what we see is possible and what we think we’re actually capable of. If we can see that something is doable and that it is indeed possible, and that we are capable ~ it’s considered potential for most people. It might also be fair to say we can never achieve our potential, because the moment we do we’d see yet another level to strive for. Like the horse drawn cart in an old movie with someone holding a carrot dangling out in front of a horse which keeps the horse moving toward the carrot ~ there’s more to achieve. Part of what keeps people from aspiring to be extraordinary is that our culture values fitting in and going with the flow. We are drawn to be complacent, stagnant and risk-adverse. If we see what’s possible as unreachable then potential could be considered unreachable ~ it’s just beyond our reach. Most people have limiting, conditioned beliefs that restrict their reach. We’ve listened to and bought into notions and ideas about ourselves that are, in many cases, unexamined.

I know someone who I consider very bright, talented and capable who works in the fashion industry. With the amount of talent this person has there is no apparent reason they shouldn’t do extremely well in their field. Yet they work in a job with a role that is probably a couple levels down from what they are capable of. On several occasions, they’ve requested my coaching and I’ve encouraged them to break out and create their own clothing line. They are really that talented, but they won’t do that. Their response is “I’m simply not ready”; “I don’t want to”; and “I’m not there yet”. At the same time this person complains about being undervalued, underutilized, under-appreciated and underpaid. They never have enough money. And this has been a long existing conversation. Clearly, they don’t see in themselves what I see in them. For them to accomplish the extraordinary would mean they’d have to give up their dearly held convictions about their limits and they would have to stop playing small – for most people that’s just too frightening.

Why don’t we reach for what we consider extraordinary? Why don’t we strive for and reach our potential? The simple answer to why we don’t strive for our potential or for extraordinary because “it’s too dangerous.” It’s dangerous to step all the way up, and all the way out there and possibly fail. And if we don’t step up then we’re not responsible on many levels ~ we stay safe from exposure emotionally, psychologically and financially. Additionally, we avoid the risk of failing. If you talk to most people they’ll have a well-constructed illusion that allows them to blame the circumstances for their level of achievement. When we attempt to go outside of our beliefs, our constraints, we enter that dangerous territory. It becomes dangerous when we are exposed, leaving us nowhere to hide and with no one to blame. It becomes very uncomfortable. Life is not designed for our success or for our comfort.

To reach our potential, to be extraordinary will likely mean being uncomfortable. If we don’t challenge our potential, our own being extraordinary, like Brando’s character Terry Malloy in “On the Waterfront”, we may be left with the illusion, “I coulda’ been a contenduh.”