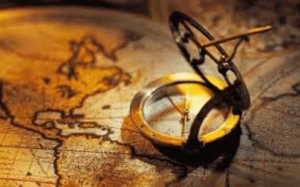 Did you know that 70% of strategic initiatives in companies fail?  Why is this? Research from studies point to four key contributing factors.  The first is that people in the company don’t really know the vision and are not aligned with where the company needs to go. Second, they don’t know their specific role in delivering on what the company is trying to accomplish. Third, they don’t have a clear transparent score card that is kept up-to-date, accurate, complete and in use. And fourth, people are not being held accountable. In studying project management effectiveness, we have found that when those four components are solidly in place the likelihood of success goes up dramatically.  More importantly, what we’ve discovered with the initiatives that fail is it’s not that they’re missing a strong and believable plan, it’s that they didn’t build those four components into the design of the plan.

Additionally, we often find that project teams start with a plan but don’t stay committed to the plan.  Worse yet, if the project goes off course even slightly, they might just abandon the plan because they don’t trust the process and the thinking that went into it. This is a fatal error and a rookie mistake. Teams have to believe in their plan.

Sticking to the plan takes courage and discipline because it’s human nature to doubt and to want to change the plan when something unexpected comes along ~ which it almost always does.  More and more today we have a strong need for immediate gratification. We want to see almost instant success and when we don’t get it it triggers uncertainty and doubt so we question the plan. Successful project execution requires managers and teams to trust the plan and to follow the steps in the plan. That means taking the next step in the plan, and the next step, and the next step.  That is not to say that there isn’t room to make adjustments. General Dwight D. Eisenhower said, “Only a fool goes into battle without a plan. But only an idiot follows the plan once the battle begins.” While you have to be able to make the right adjustments that all happens inside staying the course of your original approach.

Nick Saban, Head Coach at the University of Alabama since 2007 and the most dominant head coach in the country calls his plans on the field it “The Process”. And, for Saban “The Process” is all there is to winning and the way winning is accomplished.  Sometimes you start executing the plan and something happens. Then suddenly people abandon the plan. People stop trusting the plan and stop trusting the process.  They call an audible as a reaction to what they’re seeing in front of them. Saban’s success can be attributed to staying the course and trusting the process.  It almost doesn’t matter what you see at the line of scrimmage.  He tells his players, “Ignore the scoreboard. Don’t worry about winning. Just focus on doing your job at the highest level every single play and the wins will follow.”  He shows the player exactly how to do the move. He never sells out. When you believe in setting the right values and believe in your strategy one of the hardest things to do is to stick with it in the face of circumstances in the foreground that are not what you want or expect. Staying the course when the going gets tough takes courage.

That 70% of failed initiatives are a function of abandoning the plan. The value is in sticking to the plan. Believe in yourself. Believe in the plan.  Know in your gut that the plan is right and see it through to fulfillment. In organizations that give up on plans, and change mid-stream, a culture of not trusting occurs. People become disempowered. People think that management is presenting the “flavor of the month”, and think “this too shall pass”. It leaves a culture of people second guessing themselves and quitting on the design and plans. People sell out easily in that scenario.  There is enormous value in sticking with the plan.  Focus on staying the course ~ that’s what has people win.