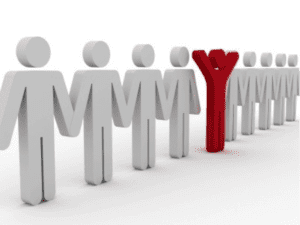 So often in life we get caught up in insignificant matters that really don’t make any difference. And getting caught up in those things takes us off our game. It can be very distracting and unproductive. There’s an art to living life is such a way that you consistently score 3-pointers because you’ve got your game organized to produce high scores. It takes being a bigger person ~ not only in the significant matters, but in the smaller matters as well. Being big about something is an art, requires skill and thoughtfulness.

Here’s an example ~ the other day I was having lunch with a client at a restaurant near his place of business. After we took a quick look at the menu the waitress came. I ordered Chicken Romano Salad, which I almost always order at this restaurant, and my client ordered Salmon with Rigatoni. While we were engaged in a great conversation the waitress came with our meals and placed the Chicken Romano Salad in front of me, and a Chicken Romano Salad in front of my client. There was an awkward moment while we looked down, and seeing what had happened I said, “that doesn’t look like Salmon with Rigatoni to me”, at which point the waitress reached for his plate to make the correction. My client simply said, “no, this will be fine. It’s something new and I’d like to try it.” She made another attempt, and he assured her he was satisfied with the plate that was in front of him. When she walked away, I looked at him and commented, “My god, that was amazing.” He really didn’t know why I thought so. I told him that I have been out with many, many people and could anticipate that that “error” would have become a major issue for them making a big scene over it. I have witnessed a meltdown over much less. He said that after I had ordered the Chicken Romano Salad, he wondered if maybe he should try it, too. We both got a laugh, and I said, “you willed it here”. Given what had just happened I told him, “I want to appreciate something about you, Ken, and that is your ability to be a big person and not get hooked by inconsequential things. You focus on what matters. And that’s a great attribute of yours.” I have known Ken for 15 years and have never seen him be anything but dignified and gracious ~ probably why he is so good at his job and a strong leader. It was a perfect example of someone being bigger than the situation and being a bigger person. It’s easy for any of us to be small. And at the same time, it’s takes something on our part to be big about anything.

Conversely, I was having dinner with a client recently (who happened to be a woman) and unbeknownst to me she had experience in the restaurant business. Consequently, she had pretty high standards and since this was a nice restaurant she felt entitled to expect the highest level of service. But what I noticed and what ensued was a series of tirades correcting the waiter ~ everything he did was wrong. We had ordered slowly, several times actually because she was sure that the waiter didn’t understand what she was saying. He did. Additionally, she had ordered a “special appetizer” that she said would take a while to prepare. She instructed the waiter that her Caesar salad be served before the appetizer. Of course, the appetizer came first. She “ate” the guy. The guy couldn’t have been genuinely sorrier or more apologetic. The salad was soggy. She had ordered splitting two entrees which she explained three times and spoke to him like he was an idiot. She just lit into the guy and she wouldn’t back off. She just wouldn’t let go. It was embarrassing ~ I wanted to crawl under the table.

After her 3rd “attack” of this poor guy, she turned to me and said, “can you see why I’m single?” She was joking but there was a lot of truth in it. Even she recognized how awful she was being and she could tell I was uncomfortable … that prompted my making the request that follows. “I have a request of you ~ be nice to the waiter for the rest of the meal. It’s making me very uncomfortable. Would you just be nice to him?” I explained to her that he was just a great waiter and didn’t sign up for the Michelin test tonight. From that point on she was really great to him. She apologized. It took my request that she back off to get her to be the bigger person.

It can go either way. It’s a choice ~ how we react, respond to any given situation is a choice. And it takes practice and discipline to develop the muscle I’ll call “being the bigger person”. Generally, we react in “fight or flight” mode. It’s an instinctive response to protect ourselves from real or perceived threats. But after a few deep breaths, we usually discover that most of what’s coming at us is not a threat at all, and we have a choice about how we’ll respond.

We have an automatic response to “being right” ~ something that is dear to most people. Being the bigger person sometimes means that we apologize even when we’re sure we’re right. It’s a very generous act. At some point we need to consider what’s really important ~ moving things forward or being right? We always have a choice of striking out with our righteousness or letting it go for the sake of what’s possible. Being the bigger person makes you a bigger person.